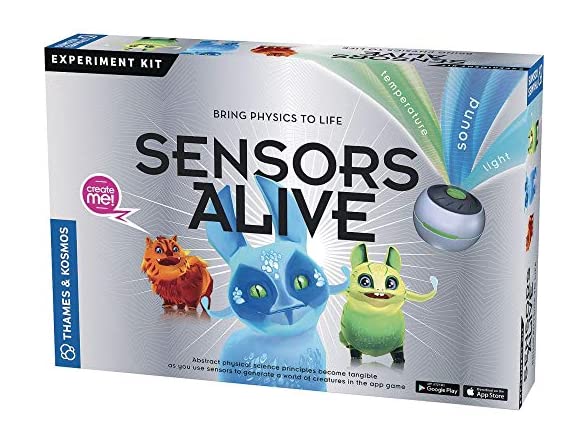 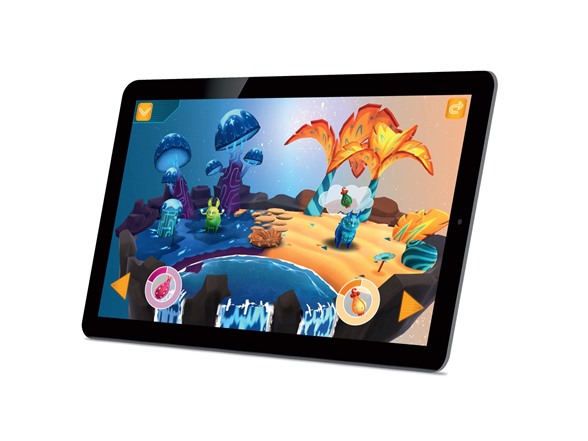 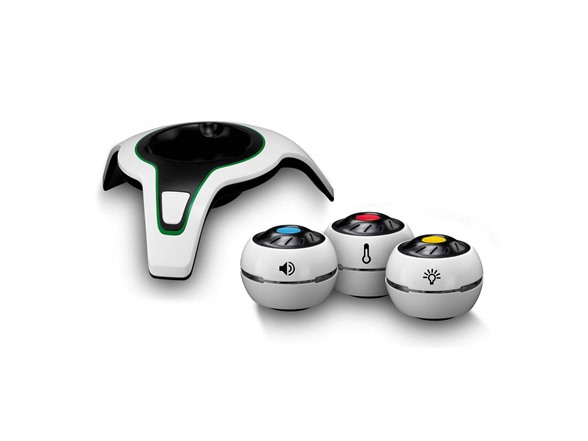 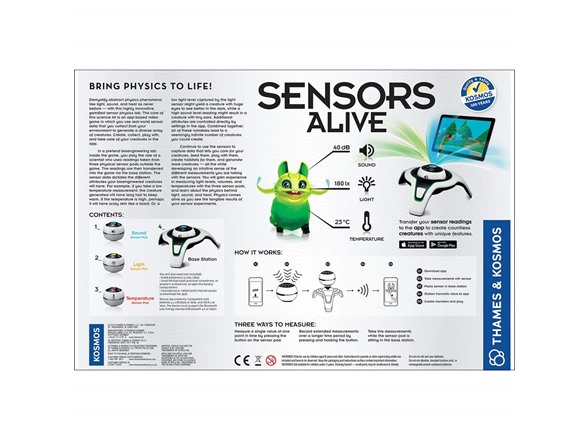 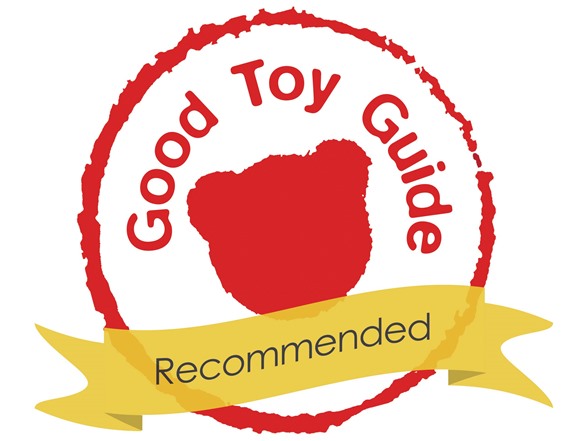 Sensors Alive - Bring Physics to Life: Demystify abstract physics phenomena like light, sound, and heat as never before — with this highly innovative, gamified sensor physics lab. The core of this science kit is an app-based video game in which you use real-world sensor data that you collect from your environment to generate a diverse array of creatures. Create, collect, play with, and take care of your creatures in the app. Then, 3D print the cool creatures you've created!

What Do You Get?: The kit comes with 3 physical sensor pods that you use to take sound, light, and temperature readings. One sensor pod at a time fits in the base station which connects wirelessly via a Bluetooth connection (Bluetooth 4.0 or later) to your iOS (iOS 8.1 or later) or Android device (Android 4.4.2 or later). The large quick-start poster introduces you to the sensors, base station, and free Sensors Alive app, allowing you to jump in and start exploring physics and producing your own creatures right away. The app features a helpful android named Newton that acts as your personal assistant as you board the Calypso II on the planet of Sensoria. It is on this ship that your scientific explorations will take place!

Explore Your World With Superhuman Sensors: The physical sensor pods gather data about light, sound, and temperature. Press the button to take a reading, then transmit the data to the app by placing the sensor pod into the base station.

Hatch & Raise Infinite Creatures: Use the data you collect to hatch a world of infinite creatures! The data dictates the different attributes your creature will have: a low temperature measurement will yield a creature with long hair, to keep itself warm; a high sound level might result in a creature with tiny ears.

Settle Your Creatures' Worlds: Settle floating islands with your creatures and watch as they bring the planet back to life! Continue to use the sensor pods to capture data that lets you care for them, feed them, play with them, create habitats for them, and generate more creatures--all the while developing an intuitive sense of the different measurements you are taking.

Bonus! 3D Print Your Creatures: Save the data files for your creatures so that you can 3D print them using your own 3D printer, or one in a library or makerspace.

Educational Value: How is sound measured? What is a lumen? How cold is 10 degrees Celsius? Collecting data from your environment provides a more tangible understanding of the physics behind light, sound, and heat. In addition to 'Game Mode,' where you're generating your creatures and their worlds, the app also has a 'Free Mode,' allowing you to explore to your heart's content! Try taking extended measurements or live measurements or carry out some of the suggested experiments to get used to the sensors.