Everyone knows that vests are for nerds.

That's why this laser tag system doesn't use vests. So stay away nerds! We don't want you or your silly vests ruining the "Cool Kids Only" laser tag game that we have going on in Steve's grandma's basement. That means you Jeff! Go home! We'll see you tomorrow for movie night. 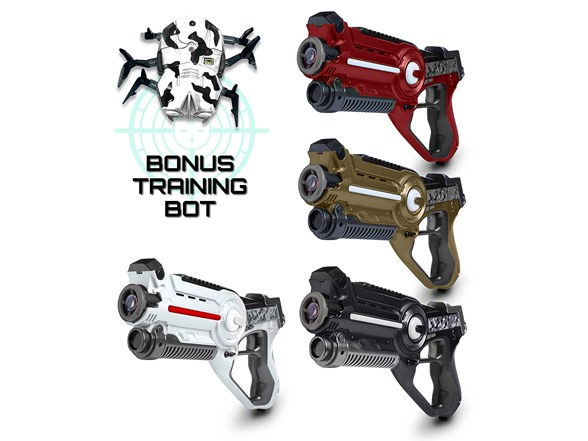 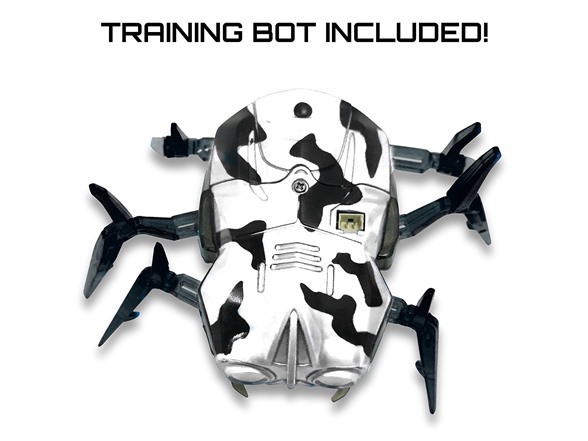 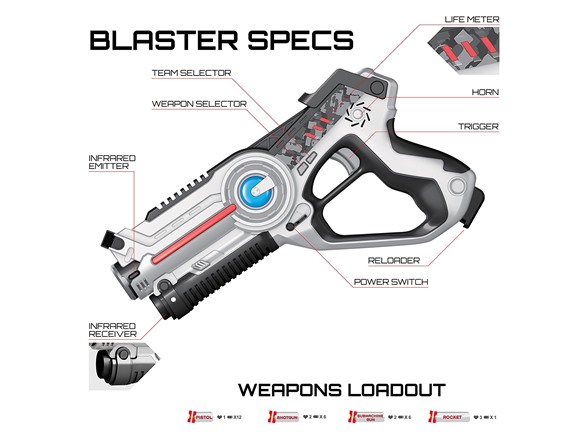 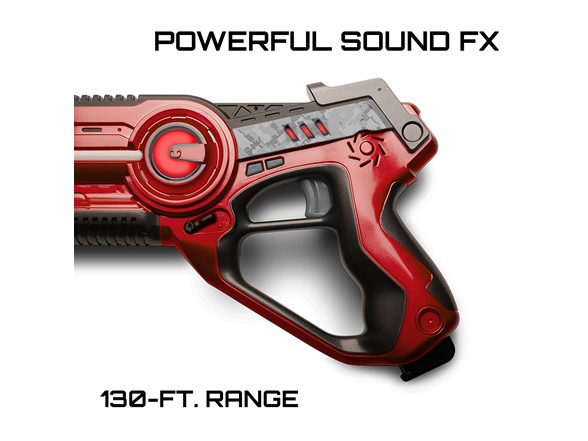 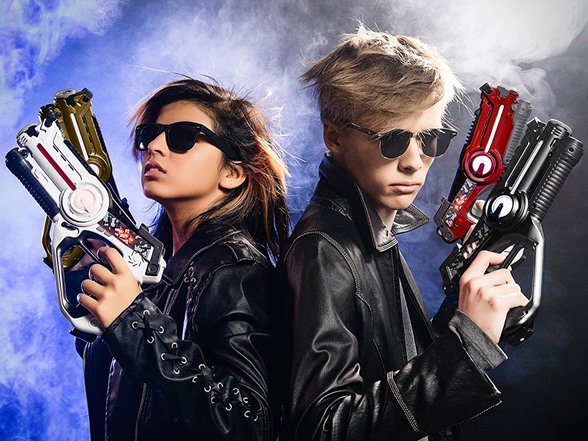 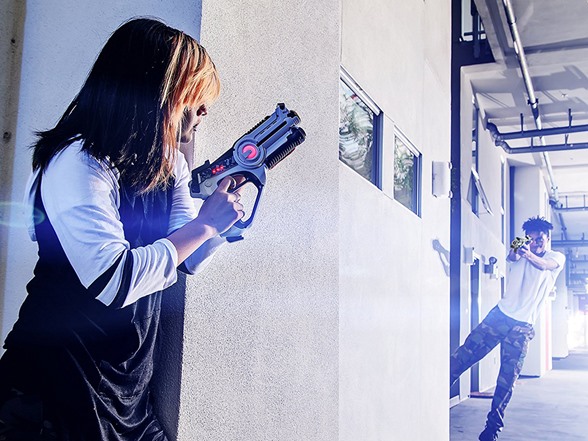 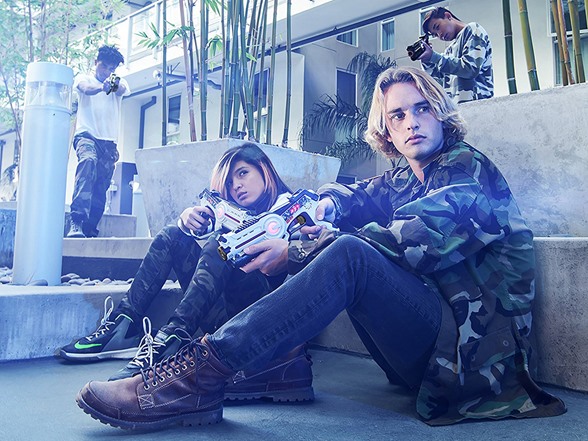 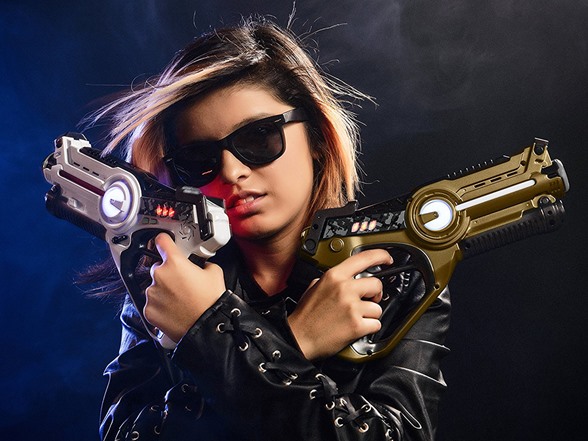 Fight for the fate of the universe in the Space Blaster Game – a new infrared laser tag game that turbo-boosts the traditional laser gun set with a vibrating laser gun toy that features 4 different weapon modes, 4 different color team modes, a Life Meter that tracks your health, a reload mode and more!

And, best of all – you can play without vests in this laser gun game. Just aim for your opponent’s laser tag Blaster to score a hit! Check out these Space Blaster Game features: